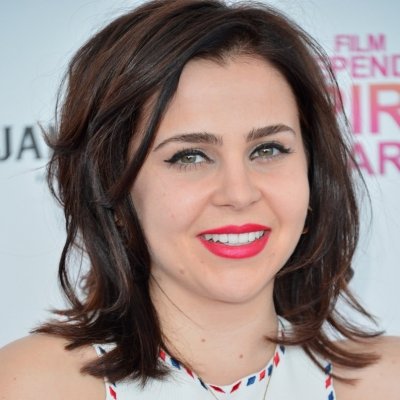 Mae's shown off her acting abilities in numerous roles. My favorite, personally, is her role as Amber Holt on Parenthood; I think it's one of the most authentic portrayals of a teenage girl! She's also shown off her acting chops in Arrested Development, The Perks of Being a WallFlower, and did some cool voice-acting in Avatar: The Last Airbender. This is just one of many reasons to love Mae Whitman!

At this point, who isn't obsessed with T. Swift?! After the release of Taylor's 1989 album, Mae's Instagram account paid tribute to the album in almost every single post. She captioned every photo with a Taylor Swift lyric and it was awesome.

Mae's hitting the big screen this February! She's starring as the lead in the movie adaptation of Kody Keplinger's " The DUFF: (Designated Ugly Fat Friend)." Based on the trailer, you can expect a lot of laughs from this movie! Will you be watching it in theaters?

If you follow Mae on Twitter (@maebirdwing), then you're already aware of how funny she is. She's always tweeting random things that will have you cracking up!

Whether she's on the red carpet or running errands in town, Mae always looks super stylish. She's got this effortlessly cool vibe about her, which makes it possible for her to look just as good in sweats as she does in a gown! What I also love about her is that she tends to keep her makeup to a minimum. That proves that she's comfortable in her own skin, which is inspiring!

6. Her Friendship with the Parenthood Cast

If you love her on-screen bond with the Bravermans, you'll be happy to know that she's just as close to them in real life! In fact, Miles Heizer (her on-screen brother) is also her real-life roommate! “We’re definitely unusually close, just as far as human beings go,” Mae said. “Miles is definitely my best friend.” AW! She's also really close with Lauren Graham and considers her to be "the best actor that has ever walked the earth." As for her on-screen Uncle Crosby (played by Dax Shepard), the two are constantly tweeting each other sweet messages!

Before Mae decides to get involved with a project, she always makes sure her heart is in it and that she'd truly love to be part of it. "I only have room to do things that I have a love for in my life," she said. "To me, all of these projects I have going on… I feel really lucky. I feel really passionate about them. They help me connect with the other people involved: fans." I think this should be an inspiration to us all - why waste time on something you don't have a passion for?!

Well, there you have it. These are just seven out of many awesome reasons to love Mae Whitman! She's an incredible actress who'd make a great role model and BFF. What do you love most about her?